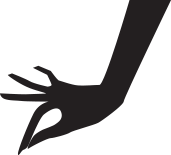 Raised by the church
“I come from a Christian family, my dad is the pastor of a large church in Amsterdam West. As a child I was a talented soccer player. Unfortunately, my soccer practise started to include Sunday games and so my dad forced me to quit. At the age of 17 I joined a soccer team who only played the Saturdays. I met one of my team players who asked me to work for his logistics company. After that, I started working for my father and I worked to set up different projects organised by the church. I created a youth department in which I coached youth and parents. However, all good things come to an end and so I found myself looking to find a new challenge. Unlike my father who is all about making safe choices, I rather take the road less travelled. I met someone who had a showroom at the WFC and I started working for him. I was there to mediate and facilitate between two members of the board. They were on completely opposite ends: one spending the money on collections and sales, the other trying to bring in some positive cash flow. The company went bankrupt and I was convinced I could have done better or at least done things differently. Bianca, who was an ex colleague of mine, willing to move to China to set my plans in motion to reorganise production, gave me the push to just go ahead and make a new start. That was four years ago.”

'I believe in women’s fashion and I took my inspiration by just looking at my wife.'

Given
“I started my company from home but as merchandise took over my house, I approached the WFC to discuss leasing a showroom. I am still grateful to management with all the help I received starting up. They made it possible for me to start a small showroom in the fourth tower. I was lucky to be located right beside the popular brand ‘Goosecraft’. I took advantage of the traffic going into their busy showroom, people spilling into my showroom as well. We still had to come up with a name for the company. At that time my wife was pregnant and we really liked the name ‘Given’, not just for our child but for the company as well. We ended up calling our daughter Aimée and the collection Given.”

What idea is behind your collection?
“I believe in women’s fashion and I took my inspiration by just looking at my wife. ‘How do I want her to look?’ As I did my designs I always kept her in mind and I was able to describe how I wanted things to look. I set up the concept and Bianca is able to add fabric and patterns to the designs to create the full picture. Quality and fit complete the process. At the start I didn’t have the financial means to finance an entire collection on pre order, having to pay up in advance. I always had samples made first and only started production if I had approved the samples, buying stock as we went along. Nowadays we are able to do pre orders.”

Fans and Famous people
“Currently we have our own fan base. They are the ones going into stores to see if the new Given collection has arrived yet. Stores catering to a higher segment will carry us as an entry level brand and stores in the middle segment will feature us as their top of the line brand. Either way our clients understand the power of our brand and are eager to use our market strategy.”

What makes your market strategy so special?
“Right from the start I was keenly aware of the importance of a good marketing strategy to establish the growth and popularity of a brand. I am heavily invested, I hire plenty of staff and work closely with PR agencies to keep our marketing strategy strong. We have really placed our bet on approaching famous Dutch people by showing them pictures of our collection and feeding them an excellent story. We work together with stylists who work for ‘Goede Tijden’ as well as ‘The voice of Holland’. We dress women like Quinty Trustfull, Wendy van Dijk, Yolanthe Cabau and Sylvie Meis. We believe it is not just them wearing the clothes but the energy they bring to make these clothes work. Other women will follow their lead thinking: ‘I need to wear these clothes to act and feel just like them’.”
The WFC
“I have moved several times within the WFC complex. We have experienced rapid growth. At some point I had six people working in an eight by eight-meter showroom. It is great to be growing as a brand but it is important to reflect that growth by using a proper size showroom to be taken seriously. Once again the WFC was quick to find a solution and arranged a bigger, move in ready showroom. We stayed for a year, then moved yet again to the second floor in tower four since the traffic and exposure was that much better. We currently have two showrooms, since we also carry the brand Heaven. This brand reflects our style and caters to a younger audience at a lower price point and is sold from stock. The showroom for Heaven is located at the main entrance of the WFC and we are planning to move our brand Given to that same location. A lot of companies that carry the higher segment brands are located in random locations. They only see clients by appointment, unlike the WFC where you may find the accidental meet up. The WFC team is always willing to help and I have also found that kind of positivity among my colleagues, helping or even recommending one another.”

'I am interested in knowing people as a person.'

Wealth isn’t about money
“My parents and the church have instilled in me strong standards and values. I am frequently asked at home and abroad to speak on different topics concerning these values. I am interested in knowing people as a person. Wealth isn’t about money. Wealth is getting to know nice people and experiencing a certain freedom. I don’t need to add another million, I rather have an extra two days off. That is worth a whole lot more to my family. I want to give substance to fashion and I am always motivated to help. I am a team leader who believes in guiding my staff from the ground up. This means I want to be able to facilitate, motivate and allow them to take responsibility to make the right choice. Making people grow on their own terms, makes me very happy. I used to pick my staff based on their talents but I have come to learn to select people on their mentality. With the right mentality you can go a long way professionally. You need to have a good heart and positive energy; no school can teach you that.”

When you visit any web site, it may store or retrieve information on your browser, mostly in the form of cookies. This information might be about you, your preferences or your device and is mostly used to make the site work as you expect it to. The information does not usually directly identify you, but it can give you a more personalized web experience. Because we respect your right to privacy, you can choose not to allow some types of cookies. Click on the different category headings to find out more and change our default settings. However, blocking some types of cookies may impact your experience of the site and the services we are able to offer.

We use cookies to personalize content and ads, provide social media features and analyze traffic. We also share information about your use of our site with our social media, advertising and analytics partners.